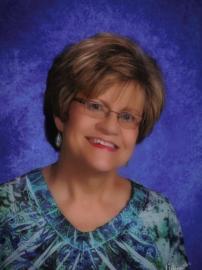 Ruth Ann Cain grew up in Arbyrd, Mo.  She graduated from Southland High School.  She obtained a BME from the University Of Missouri, and an MME in Music from Arkansas State University with an emphasis in piano.

She is the Mother of two boys: Brad Christian(Deceased) and Matthew Christian who lives in Austin, TX.
Grandchildren: Chloe, Eden and Connor.

She is married to Jim Cain from Joiner, AR.